Through the work of men and women alike, a city rose among fields...

It's hard to say exactly how it happened, but this local charm raised to become a large city of more than 27,000 residents and home to it's own street car company among other things... Kankakee, IL was founded in 1853 by the Illinois Central railroad, and was official in 1854. It was a 49-block town, and quickly grew with more than 5 railroads running through it at a time and into a modern city in the middle of the southland.

The Railroad Influence in ﻿Kankakee﻿

The Illinois Central was a central railroad in the Kankakee area. The railroad sparked up the settlement of the city and along side it brought businessmen and curious onlookers down south to see if any possible investments were to grow in the area. Many took the bait and saw return with the growth of the city and success it became. The Illinois Central saw it fit to construct a large yard north of the interlockings established with the CCC&St.L Railway and CI&S Railroad at Kankakee. The Illinois Central constructed a depot, which is discussed in detail below, that was to eventually provide full amenities for passengers and office room for the ICRR at Kankakee. The railroad also constructed full locomotive servicing facilities including a large roundhouse with all steam locomotive amenities provided. Along with a large concrete bridge construction replacing the steel/iron truss bridge over the Kankakee River, the IC built a southern Kankakee yard and pulled in traffic from a connection at Otto, IL to the Bloomington District. It took a lot of hard work, but Kankakee became a landmark among the smaller towns and villages in the area. The Illinois Central was at the middle of it all with its route boasting the most traffic, passenger trains, revenue, and etc. All in all, the ICRR was the royal green diamond of Kankakee's transportation.

The Big Four's original line came swooping in from the southeast into Kankakee with a large yard expanding out once the route past Court St., curving towards a perpendicular interlocking made with the ICRR. Before, however, the Big Four had established a fairly large roundhouse and steam locomotive facilities adjacent to its yard and station on the east side of Kankakee. The route from Indiana, straddling the Illinois/Indiana boarder made a large curve west at Kankakee over the Kankakee river and beyond. Through joint operations with Chicago, Rock Island, and Pacific, the Big Four was able to offer trains between Seneca, IL (with a station connecting to the Rock Island in Seneca) from Kankakee, IL with the founded Kankakee and Seneca railroad. This was probably one of the Big Fours largest influence to the Kankakee area was its freight contribution as well as its route to the towns out west into Grundy and LaSalle counties. Before being bought by the New York Central Railroad, the Big Four made sure to roll out the velvet carpet for the chance to establish a successful route to Kankakee... although most of the Big Four's original infrastructure has been demolished and rotted through time, the legacy was beautiful.

Indiana, Illinois, and Iowa Railroad (3I)

The 3I was an optimistic railroad with a plan to cross all three of the I-named states, but never did so. Before the turn of the 19th Century, the 3I eventually changed its name to the Chicago, Indiana, and Southern railroad since the route terminated into the Atchison, Topeka, and Santa Fe Railway at Streator, IL. The route was golden, a nearly straight shot across Kankakee county like an arrow piercing the heart of Kankakee making a vital east/west connection. The line came in from Momence, IL (where it crosses the C&EI) and made a junction in Kankakee at a location that would become the only lasting diamond in Kankakee, before continuing west, crossing the Kankakee River, and exiting west through Dwight, IL. The CI&S would be the first of the two east/west railroads in Kankakee to be purchased by the NYC, but it turned out to be the most well established as it is the current day Norfolk Southern Kankakee Branch - the second densest line in Kankakee, IL.

Originally, the Kankakee Depot was a wooden two-story structure facing west parallel to the ICRR. It featured a baggage room, waiting room, Western Union telegraph office, ticket booth,  parcel room, and had a two-sided train order signal on the platform in front of its bay window. The platform was risen up to the mainline, and a lower platform laid over the mainline and between the second mainline made of a seemingly continuous wood planked platform with a rise near the station. Immediately across from the station on the west side of the tracks on it's own auxiliary track was the Kankakee, IL Freight Depot, which had a wrap-around platform and a ramp for carts to be moved up onto the platform. It, like the depot, was two story, but didn't have as much flare to it respectfully. Around 1898, a new depot was built from brick and with its three-floored space, it vastly dwarfed the old depot and is standing to this date. The first version of this depot featured the same amenities as the first, but with larger capabilities and of upgraded ability and housed offices for executives of the Illinois Central on the 2nd floor. The Kankakee Electric Light & Railway Company ran a line right behind the depot, as a good transfer point for passengers. A nice lawn was kept south of the depot and a concrete low-level platform stretched further along the mainline with a wooden platform between the second mainline and the closet with complete wood covering of the closest. In all, you have a concrete platform up to the rail head of the first track, and wood up to the rail head of the second, covering the first track allow anyone to walk across at any point. A water column stood at the south end of the middle wooden platform. Two siding tracks were west of those two tracks giving more room for freight cars at the upgraded freight house. A new building was south of the station, in the middle of its garden. I can only think of this as either a telegraph office, yard office, or just a station office in general as there is no way this is a house or other non-railroad building. The depot has been modified over the years, and had roof walkway added in, and the roof windows removed and fences added. It stands today and currently the southern-most portion is a small Amtrak waiting room with bathroom, the main section is no longer held for public use, but is a private office and meeting place for the City of Kankakee; and the small northern-most tip is for the Kankakee Railroad Museum, which now also has real life railroad artifacts included an old ATSF coach, a UP caboose, and a preserved Kankakee Electric Light & Railway Co. streetcar in a purpose-built brick building. It was added to the National Register of Historic Landmarks in 2000. 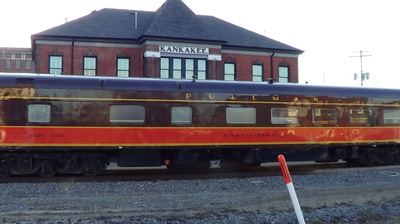 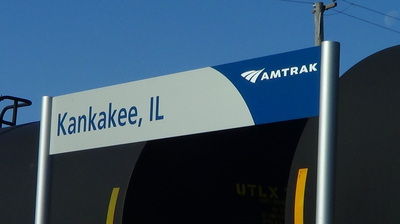 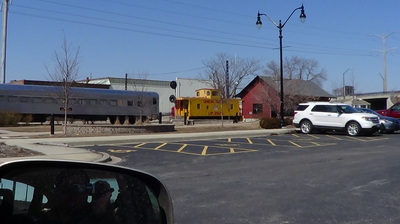 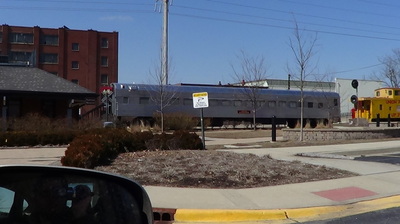 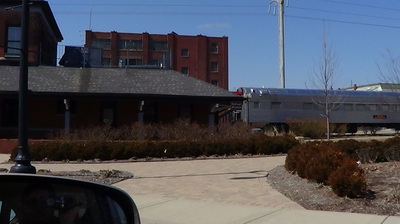 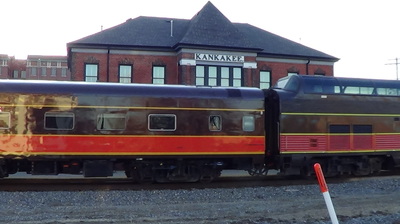 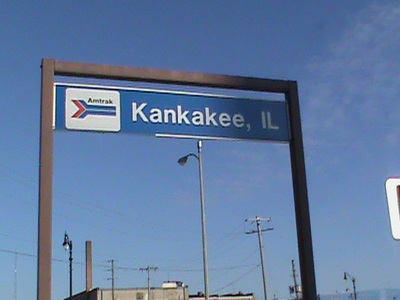 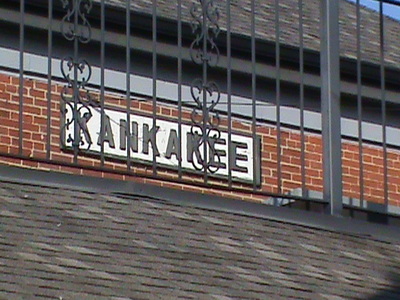 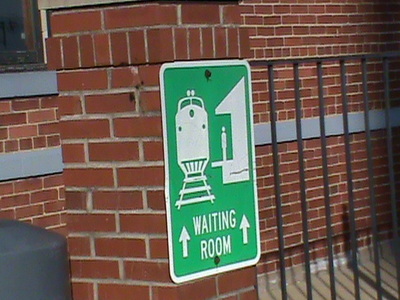 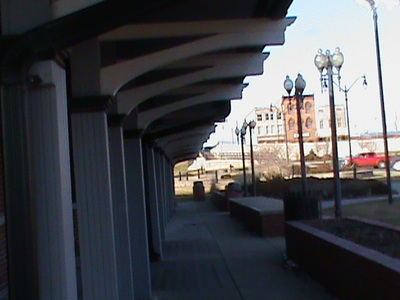 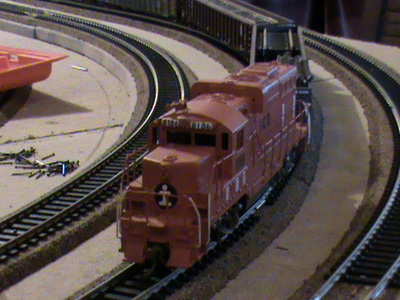 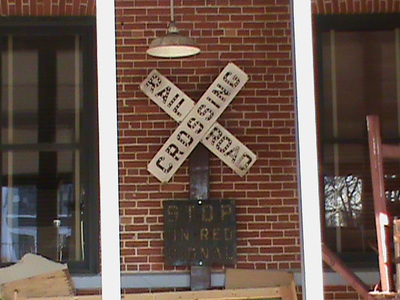 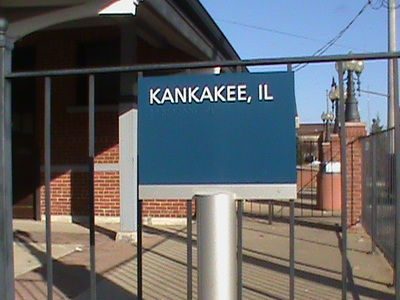 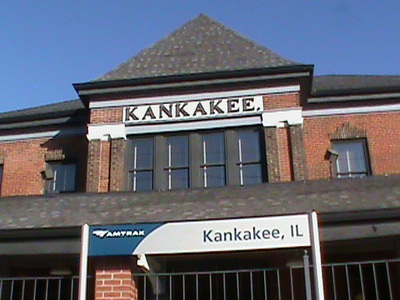 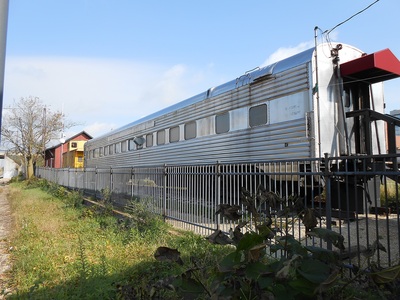 It is hard to exactly saw how Kankakee used to be, but it is easy to imagine with diagrams found that show old track layouts. The station area used to be a spot where trains could refuel before continuing on their journey and Kankakee itself had a north and south yard. Roundhouses and two diamonds as well as another depot and two yards both east and west. Yes, that is right, Kankakee, IL used to have four rail yards.
Due to the amount of yards, stations, and whatnot that was once found and still found in Kankakee, IL; this category has been divided up and split into dedicated pages as per railroad. Click a button below to see the page you wish to view. 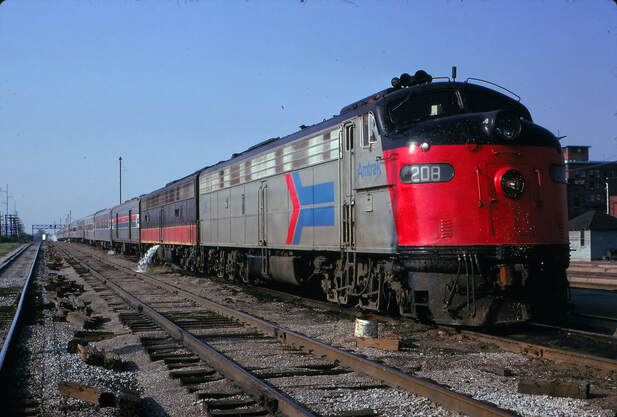 Northbound Amtrak "Panama Limited" pulling into Kankakee, IL in early 1970s; looking south. (R. Tanner Collection, photographer unknown)
​    Kankakee had passenger trains from the Big Four, Illinois Central, Kankakee and Seneca, and Bloomington and Minonk. All these trains combined made for a busy daily schedule. To the left, you'll find a copy of just such a schedule. I have included other versions below. Today, Amtrak provides the only rail passenger service at 6 trains a day. Originally Amtrak kept the 'Panama Limited' train name for it's long-distance service but reverted it to the 'City of New Orleans' sometime later, and that remains today.

A text version in Microsoft Excel is available under the "Resources" tab at the top. Have a look! Easier to read.